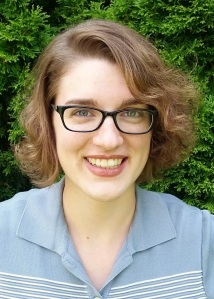 Science fiction is based on speculation. Without that speculative element – the warp drive, time travel, eugenics, rogue A.I. or what have you – it wouldn’t really be science fiction. But unless and until that speculative element hits some relatable human characters in a meaningful way (in other words, without the “what if”), it’s not really a story. In the end, it’s less about the system you design, and more about the souls that live in it.

We couldn’t write science fiction without the “what if”. That’s what brought us here: speculation about something exciting and different from the ordinary. What if, for instance, the planet didn’t spin? What if plants could talk? What if emotion were considered a mental illness? What if interstellar travel were possible? It’s great fun, the challenge of working out how such a thing would be; the challenge of designing a complete, internally-consistent system from scratch – be it a social, magical, physical, mechanical, economic, military system or what have you – or better yet, all of the above interdependent. Yes, fun, very much so. I’m assuming we’re all nerds here.

But really, what if? Say you’ve got your speculative element (say, a society in which men outnumber women 5 to 1), and you’ve figured out all the science behind exactly why and how this is so. Next order of business is of course: really, what if [that]? What would that mean?

Science fiction tends more than most other genres toward the prophetic. Some prophesy doom; others glory. Science fiction has given us Brave New World, 1984, and Do Androids Dream of Electric Sheep (otherwise known as the inspiration for Blade Runner). It has also given us Star Trek, perhaps the sunniest sci-fi utopia out there. And there’s plenty of sci-fi that lands in the ambiguous, complex middle between the two. Your story may fall anywhere on that spectrum, depending on your speculative element: but it absolutely has to fall somewhere. And where it falls absolutely needs to depend on your speculative element.

A well-built setting is important of course; because it’s going to influence everything about your story, from the subtle to the overt, both for you and for your characters. The setting slapdashed out above, for instance, would likely influence your

choice of protagonist (majority/male or minority/female? young or old?) and your roster of characters (statistically they’d be mostly male – unless you decide to start your story in a female-only enclave, which would bring up interesting social implications!). It will dictate the social structures those characters inhabit (are most males celibate? What’s the power imbalance in

romantic relationships? How valued is motherhood? How involved is the government in reproduction?).

It’s also going to influence those characters’ choices within the story (otherwise known as “the plot”), and their motivations. What does that gender disparity mean for Joe Protagonist, personally? How does he feel about it? What does he want? What does he need? Does he come to consider that social dynamic is a good thing (if this is a Utopian story) or an evil thing (if this is a Dystopian story)? And is he right? Or, does his engagement with it at least deepen his understanding, and bring him some personal clarity? Choices abound, and they could all be valid depending on what tone you want to strike. But no matter what, Joe must not be indifferent to that speculative element. It must not be incidental to his wants and needs. It must not be just another brushstroke in the backdrop. If it is, then that speculative element is wasted; it’s just a gimmick or a side note, and the story doesn’t need it. Which is sad. The story is probably missing out on some really fabulous opportunities, in that case.

(Group marriages in future moon society, Heinlein? Whoa! Surely such complicated sexual and emotional terrain will produce some high stakes for the protagonist, and his several wives and co-husbands, as he makes friends with his single female co-revolutionary! What a fascinating and emotionally fraught – oh. No, none of the characters care and the plot has literally nothing to do with group marriage. Okay. Sorry, for a minute I mistook your wishful thinking for an actual narrative device. Yawn.) (Sorry. Just wasn’t working for me.)

It’s All About The Characters 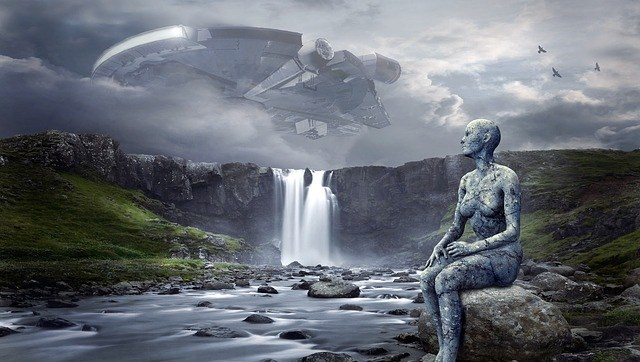 Really, you’re writing science fiction second. You’re writing a story first. A story worth a reader’s time and attention. A story about people. One of the first pieces of advice – almost a command, really – in every fiction-writing blog, book, or lecture I’ve ever read or heard is: write a relatable protagonist! This is usually followed by the assertion that the most solid way to do so is simply to make them Want Something – how did Vonnegut put it? – “even if it’s just a glass of water”. The way to tie in your speculative element, then, right there at the root of the story, is to make that speculative element have something to do with what your protagonist wants. How exactly? Depends. Go wild. Just make sure that your characters act and react to it like real people would.

Science fiction loves the weird. The wilder the setting, the better sometimes! Shapeshifting time-traveling androids, cloned dinosaurs: bring it. On the other hand, a space expedition that’s exhaustively researched and based on sound science and tech: bring that, too. In either case, suspension of disbelief is crucial to enjoyment. No matter how plausible or implausible or thoroughly explained the speculative element is, it’s going to require some amount of handwaving – and that’s okay. My inner pedant always hangs over my shoulder when I watch space operas, asking are they going to bother explaining the artificial gravity on that firefly-class spaceship? But ultimately, I don’t care whether they do or not, because (in that particular case) I’m much, much more captivated by the characters. Their wants, needs and fears are intimately connected with and affected by that titular spaceship; I experience that spaceship because the characters do, right down deep in their souls. It’s their home, their sanctuary, their emotional baggage, their family, their exile, their freedom. As a fellow human I know what those things are and I know what all of them, to some degree, feel like. Therefore, I buy it. The whole spaceship, artificial gravity or no. (I’m talking about Firefly obviously, and again, I’m assuming we’ve all seen it; if you don’t get these references, go watch Firefly. You will not regret it.)

When I wrote The Salvage of Rapha, I posited a few speculative elements: interstellar travel via wormhole, ongoing space-war with an alien species, and a genderless militia. The story doesn’t actually involve the war itself! But the war is there in each character’s motivations. Each of the characters’ life trajectories has been affected either by the war itself, or by the frenetic pace of humanity’s space exploration in the context of the war. One of the characters, Beck, is a “decommissioned” genderless soldier. Beck’s character arc is heavily affected (determined, even) by having fought in the war, by being genderless in company with gendered crewmates, and by what that all means for the future. To me, at least, Beck’s arc remains the most interesting part of the whole story. (Visit the Kellan Publishing Bookstore to read my book and see if you agree!)

Keep speculating. Keep studying people. Tie those together and keep writing science fiction (and send it my way; I want to read it)!

Get your copy of The Salvage of Rapha