Before the advent of online ebook publishing, the publishing industry was in an entirely different realm. There were two main roads: traditional and self-publishing. Then the Internet came and everything changed. Now, all bets are off.

Deciding whether to publish your work isn’t the difficult part. It’s choosing the means of publishing that has now become more complex. Gone are the days of sending your printed manuscript to publishers with form letters and requests for consideration. Submissions processes have changed across the board. For instance,  Kellan has a unique way to submit your manuscript. You submit your pitch via the submissions form, with basic details about your work and a synopsis. I submitted Live to Tell in this manner but wasn’t expecting results. Up until this point, I’d been submitting my manuscripts to various publishers who were accepting unsolicited material, which is one important thing to remember: if you’re not currently represented by an agent, some publishers won’t accept any submissions from you. And I’d always been told, “You can’t get a deal without an agent, but an agent won’t give you a look in until you have a deal.” No wonder I gave up for five years after university. 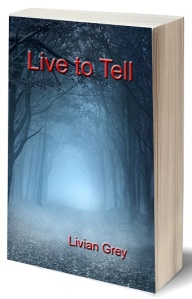 Cut to January 5th, 2017. I can still remember waking up one morning to read an email out of the blue from Kellan asking if they could see some sample chapters. I didn’t act on it right away, I took some time to make sure my sample was up to scratch, then responded. I think it was a bigger surprise to receive the email saying I’d been offered a contract. I’ve been very closeted about my writing despite self-publishing and self-promoting for a few years now. Close friends were aware I was writing and releasing books, but I wasn’t advertising this very much.

My decision to self-publish came from some positive feedback I received from a chapter I posted on my old blog. This can be a great way to get feedback, however be aware that some publishers will not accept manuscripts that have been published by any means previously, including blogs. Kellan Publishing is one of them.

I had been offered a contract from another company some years ago. Their letter was very professional and I was shocked to receive it, but after some investigation, I discovered they’d developed a bad reputation and that signing with them would be a mistake. So here’s another factor I learned about: vanity publishing. Kellan’s credos is “Never pay to be published.” Unscrupulous people have taken advantage of many inexperienced writers wanting to see their work published, and have taken thousands of dollars which, in one case, ended up paying for a lovely celebration dinner for the author and hardly anything else. They were basically swindled. There’s still a legal grey area when it comes to these business models. I highly recommend checking out Writer Beware, an independent blog that has the most comprehensive information on publishers with known legal issues and histories of scamming authors. The Internet may have thrown a lot of rules out the window, but it has also become your most valuable source of up to date information on publishing. 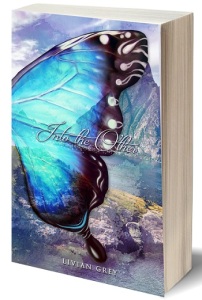 I’ve enjoyed self-publishing via Smashwords and Amazon Kindle, but they also have fine print you need to go over, which I was a bit lazy about when I was starting out. They have also generated some unlikely success stories. Back in the day, self-publishing implied you’d failed to gain success as a published author and had decided to go it alone. Now, with the ease of self-publishing ebooks, you’ll probably find yourself struggling for attention. If you choose to self-publish, the decision you need to make then is, how much do you want to contribute to promotion, editing and production. Again, the Internet does have reams of resources out there to help you. Just be wary of sites with phone numbers or that use wording like “hybrid,” or that insist upon a large investment on your part to reach publication. I ended up being bothered by another company who was trying to sell me their services, and all I had done was leave a contact number on a site saying I was looking for publishers. I made a lot of mistakes back then, but I did know not to sign a contract that required me to pay excessive amounts just to have my book published.

It’s a jungle out there. Don’t be afraid to submit queries to publishers and agents and really get the whole picture before you make any major decisions. It’s your work that’s at stake here.

Get your copy of Into the Other  and  Live to Tell